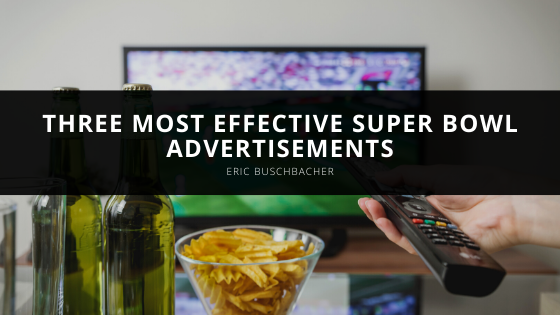 Millions are spent on advertisements during the game each year, Eric Buschbacher notes which companies made their dollars count 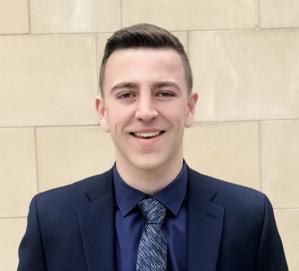 Super Bowl LIV consisted of a great game and a halftime show to remember. It is estimated that nearly 100 million people tuned in to watch the Kansas City Chiefs come back to defeat the San Francisco 49ers in the fourth quarter. This year’s Super Bowl saw a record-breaking estimated $435 million spent on in-game advertisements.

24 of the 59 spots for advertisements were commercials lasting longer than 60 seconds.

A 30-second placement costs approximately $5.6 million, up from $5.25 the previous year.

Sixty seconds of airtime cost President Trump and Michael Bloomberg $10 million each for their Super Bowl ads.
Anheuser Busch InBev spent the most at $41 million. Pepsi spent the second most with $31 million, then Procter & Gamble with $30 million, and Amazon at $26 million.

At $77 million, auto manufacturers led the with the most money spent with seven and a half minutes of commercial time.
Eric Buschbacher explains that in today’s marketing industry, companies are eager to find new ways to get their brand into the public eye. Twitter is now one of the most effective methods for brands to take advantage of quick word of mouth advertising. Eric Buschbacher lists the three most effective advertisements for Super Bowl LIV by using the number of Twitter mentions as the scale:

With more than 22,500 Twitter mentions, Eric Buschbacher reveals that Bud Light came in first place. Bud Light wants the public to understand that they do not need to choose between Bud Light Seltzer and Bud Light, that they can instead have both. Post Malone starred in this year’s Bud Light Super Bowl commercial, with his role depicting an internal battle from trying to decide on whether to get the Bud Light or the Bud Light Seltzer. Post Malone ends up getting both, and the advertisement turned into a hit on Twitter.

Missy Elliot was the star of this year’s Pepsi Super Bowl commercial. With nearly 17,800 Twitter mentions, Pepsi came in second place. Missy Elliot brought H.E.R. for the Pepsi Zero Sugar commercial reimaging the Rolling Stones’ “Paint it Black.” H.E.R runs through a brick wall after taking a sip of the Pepsi Zero Sugar and meets Missy Elliot in a blacked-out universe, all while Missy is rapping over a beat she co-produced. Eric Buschbacher notes that its creativity helped the advertisement land its second-place position.

Anheuser-Busch came in third with approximately 12,800 Twitter mentions on their “Typical American” commercial. The commercial is meant to “show the American spirit,” according to Kathryn Bigelow, the director. The 60-second ad was intended to show viewers that the spirit of America lives in the extraordinary actions of ordinary people. Eric Buschbacher notes that the commercial aired in the fourth quarter of the Super Bowl to leave a final, lasting impression on viewers.

However, even though the commercial has a lot of mentions on Twitter, many critics stated that the ad was in bad taste. The Charlotte Observer noted that the commercial used the 2016 Charlotte protest footage. “They’re using that commercial to sell beer on the highest exposure night of the year in the Super Bowl. That is one of the American ways of doing things. Commercializing struggle.” Says Charlotte City Councilman Braxton Winston.