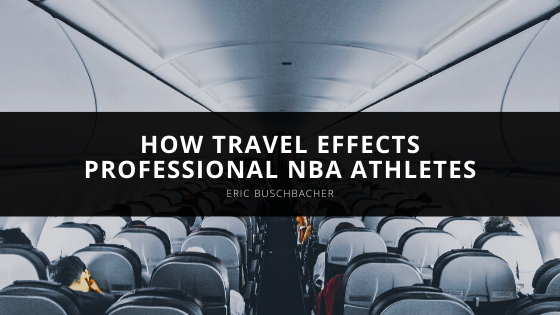 It may be possible to combat jet-lag by improving player schedules, according to Eric Buschbacher.

Professional sports players have demanding schedules that require frequent travel across the country. The NBA has an 82-game season, not including playoffs. Other sports have even lengthier seasons like the MLB, which has 162 games in a regular season. No matter which sport, there’s no question that the demands of traveling play a toll on both the players and their performance. In basketball, however, that strain is amplified.

The body’s natural circadian rhythm helps us internally keep track of time by telling us when to sleep and wake up. Eric Buschbacher explains that when athletes travel across time zones, their internal clock is thrown off, leaving them sleepy and jet-legged. That feeling is multiplied by the number of time zones traveled back to back. Depending on the location, some games are just harder to win than others, even if the team’s players are outstanding.

According to our circadian rhythm, peak performance hours are in the late afternoon and early evening. NBA teams that travel from the west to evening games in the east play during that peak performance period. Adversely, teams traveling from east to west are playing when they would otherwise be sleeping.

Eric Buschbacher further explains that plane travel has negative effects on health and recovery. Pressurized cabins have low oxygen levels, and cramped quarters lead to stiff muscles, which slows recovery in between games. Research has also found a connection between traveling and injuries. Tired players that bounce between cities are more likely to get hurt than players who compete in back to back home games.

Although improvements have been made with scheduling in recent years, leagues trying to optimize player performance should look to book games only during natural peak hours. Eric Buschbacher believes power naps and hydration are also vital to recovery.

After completing an associate’s degree in business, Eric Buschbacher earned his bachelor’s degree in Business Management from St. Johns University in Jamaica, NY. He is now an eager young professional looking to develop new skills in a challenging work environment.

Eric Buschbacher is an avid sports fan that played competitively in basketball and soccer. He enjoys rooting on the Giants, Knicks, and Yankees in addition to watching top European athletes compete in the Euro and World Cup. In his spare time, Eric Buschbacher enjoys going to the gym to work on strength training.